Does Billy Corgan read r/SmashingPumpkins? Because the Smashing Pumpkins bandleader seemingly responded to comments about his voice made by those he called “conspiracists” this week.

And he did so by giving them the finger.

As a fan-captured video on Reddit shows, Corgan gave an inspired and elongated wail during Pumpkins’ performance of the heavy Mellon Collie deep cut “X.Y.U.” at Beale Street. The growl was perhaps a bit higher in pitch than the recorded performance. (As of this writing, the clip has yet to make it to YouTube.)

Is the discussion surrounding that what the Smashing Pumpkins frontman was responding to? To wit, a current look at the Pumpkins Reddit shows many expressing astonishment at the live vocalization and Corgan’s response, it would seem, not exactly criticism.

“Apparently he unleashed some vintage Corgan screams during ‘X.Y.U.’ last night,” one Redditor said. “People say he can’t scream anymore, guess he’s saying ‘Fuck You (An Ode to No One)‘ to that,” another added.

“I was there and pretty close to the front,” one said, “the vocal performance on ‘X.Y.U.’ was very impressive.”

Regardless, atop of a live photo of him flipping the bird onstage — trusty Pumpkins drummer Jimmy Chamberlin behind him — Corgan dictated to whom he meant the middle finger on Monday (May 2).

“To the conspiracists about the state of my voice,” he wrote. The Pumpkins re-shared the same image.

Another Redditor remarked, “He reads this subreddit lol.”

Meanwhile, Corgan presumably continues to ready the anticipated 33-song sequel to 1995’s Mellon Collie and the Infinite Sadness that the Smashing Pumpkins figurehead said was in the works last year.

Roger Waters Plans to Release the Album He Made During Lockdown 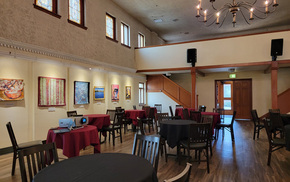